When Does Work Become Unproductive and Unhealthy?

How much work is too much work? Do workers reach a point when an excessive amount of work so fatigues them mentally and physically that their productivity takes a hit and their health declines? 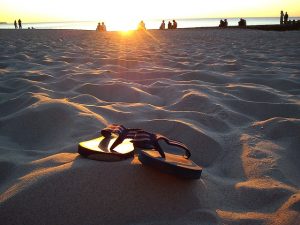 The Draugiem Group conducted a study which tracked employees’ work habits.  They discovered that employees that took short breaks of around fifteen minutes every hour were much more productive than those who tried to power through without stopping.

The brain operates in a high energy mode for about an hour and then in a low energy mode for fifteen to twenty minutes.  For most, during these low energy periods, they are distracted and their productivity dips.  By powering through this distracted period rather than taking a break and refueling, a lack of focus may continue even during the high energy period.  The study found that those who took a break for fifteen minutes, and completely disengaged from work, could recommit 100% of their focus on their task once they re-engaged.

We see from a daily perspective how our minds and productivity are affected by too much continuous work but how about on a weekly basis?  The Department of Health and Human Services, the Centers for Disease Control and Prevention, and the National Institute for Occupational Safety and Health, have researched the mental and physical effects of a forty plus hour work week.  Below is a collection of their findings.

Working too much in one day and in one week can produce detrimental side effects to an individual’s productivity and physical well-being, but how about in a year?

The Bureau of Labor Statistics indicated that in 1976 more than 9 million Americans took vacation while in 2014 that number was down to only 7 million.  According to research by the NY Times, taking a vacation every two years significantly reduces the risk of coronary heart disease as compared to taking a vacation once every six years.  In addition the research suggests that workers are more productive after returning from vacation.  Ernst & Young conducted a study of its employees and discovered their employees’ year-end performance ratings improved eight percent for each additional 10 hours of vacation they took and in addition those who took frequent vacations were less likely to leave the firm.  Additional studies also suggest that frequent vacationers suffer less from depression and possess higher emotional levels.

For many taking a break whether it is every hour, every day, week or year, probably feels very counter- productive, but as you can see from the research above, taking one step back on the beach in your flip flops might enable you to take two steps forward in the office.

One Response to “When Does Work Become Unproductive and Unhealthy?”